Skip to content
Home/David van Nunen, In Through the Heads, 1988

or 4 fortnightly payments of $250 with

Australian artist David van Nunen graduated from the National Art School in 1974, with a solo exhibition that same year. In 1980, he was awarded a six-month tenure as artist-in-residence in Paris. Since 1974, van Nunen has held 25 solo exhibitions and participated in over 70 group exhibitions, including international surveys of Australian contemporary art. He has several art awards to his credit, including the prestigious Sydney Morning Herald Art Prize, which he was awarded in 1981. His commissions include a major 4.5 metre tapestry of Obirri Rock, which hangs as the centrepiece at Darwin International Airport.

Van Nunen exhibits regularly in Australia, America, Europe and Mexico and has been a guest lecturer at institutions including Georgetown University and the Australian Embassy in Washington DC, the National University in Mexico City and the Art Gallery of New South Wales. Van Nunen is represented in major public collections in Australia and overseas, including the National Gallery of Australia, the Museum of Contemporary Art, Sydney and the Stedlijk Museum, Amsterdam, as well as in corporate and private collections in Australia, the USA, Great Britain, France, Italy, Germany, Hong Kong, Mexico and the Netherlands.

An artist of immense vitality and verve, David van Nunen’s work, over the past three decades, has contributed to the formation of a fresh vision of the Australian landscape. Acclaimed as one of Australia’s outstanding colourists, van Nunen is renowned for his vivid and evocative images of Sydney Harbour and its foreshores, as well as Australia’s wilderness areas, national parks and botanic gardens. Whatever his subject, van Nunen’s paintings are rendered with the vibrant palette and bold brushwork reminiscent of European fauvism of the early 1900s.

Among the prime exponents of the plein air (outdoor) landscape painting tradition, van Nunen has consistently pursued an individual vision and a unique personal style which have made his work immediately recognisable, earning him a prominent position in Australian contemporary art. The artist’s integration of both abstract and figurative elements in his work prompted the late eminent Australian critic, Elwyn Lynn, to hail the artist as ‘a major force in his confrontation of reality with abstraction.’

Alterations and defects: None

Inspections, Pick Up In Person & Delivery: Please see the tab below

We are pleased to offer professional delivery service on all items. Delivery charges are calculated at checkout, based on point to point shipping from seller to buyer.

We deliver to the following postcodes:

If you live outside of these areas, for a delivery quote please contact us and quote the Product ID.

Delivery Limitations: you are obliged to inform us if access to deliver an item is restricted by a lift, stairs, narrow access, steep access, parking limitations, distance from truck parking to the door and so forth.

Our priority is to provide both a professional and cost effective delivery service. We have four basic shipping categories:

We negotiate discounted rates with professional removalists and couriers. Our delivery prices are considerate of:

We do not release payment to the Seller until you have had a chance to inspect your purchase. You have 24 hours after delivery to notify us of any issues with how we have described your purchase.

Please see our Returns Policy for full details of how to return a purchase for any other reason, including change of mind within 48 hours of delivery occurring, or what to do if the first 48 hours has lapsed.

Whether an item from a Seller can be picked up by a Buyer or inspected prior to sale is at the discretion of the Seller and Two Design Lovers.

To inquire, please check the Item Location in the listing and then use the Ask a question button.

Pick up in person

Where a seller allows their item to be picked up in person, if you are in the same city, you will have the option at checkout to select ‘Local Pickup’.

With regard to condition, items are categorised as follows:

Poor condition: needs to be repaired to be able to be used 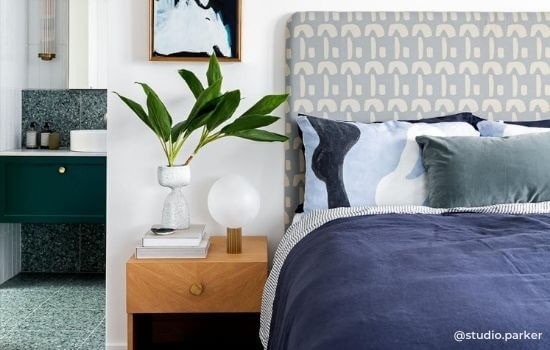